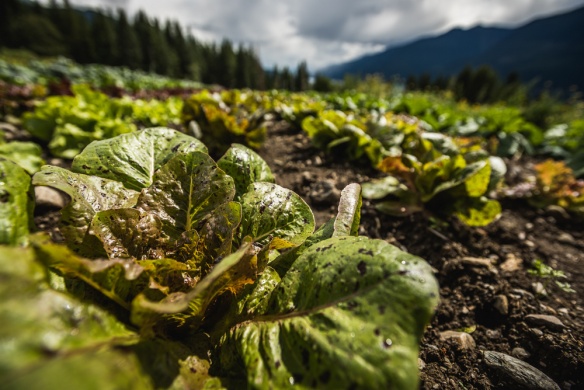 Earth Temple Gardens is an organic farm located at the North end of Kootenay Lake with  garden areas in the communities of Argenta and Meadow Creek.

We are committed to producing high quality, nutrient-dense organic vegetables in the most sustainable way possible to nourish our local communities while enriching and supporting the biodiversity of the land.

We believe that the application of traditional farming techniques to organic food production allows us to cultivate deep appreciation for and connection with the land. A major emphasis in our food production is on growing varieties of vegetables which are naturally suited to our climate, thereby preserving local diversity while helping to build healthy communities. These locally produced vegetables offer us a deepened health base that we can share at the table with family and friends. 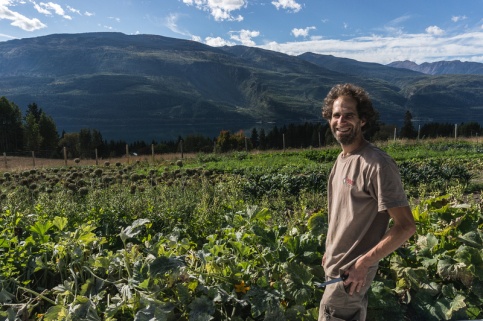 Michael Silver, the creator and principal of Earth Temple Gardens lives at the north end of Kootenay Lake in the community of Argenta. Growing up in a family with a passion for food and all of its cultural varieties has led him to continue this tradition and explore it in his own garden.  Through his passion for traditional medicines of all cultures, he has come to appreciate the value of food as medicine, celebrating the myriad of garden vegetables he brings to the table.
During his youth, Michael enjoyed time spent at the farm of his great uncle, a man who at the young age of 100, continues to be a source of inspiration .
Michael spent three years apprenticing with Vince McIntyre, an Argenta local who farms with horses in the old traditional way.  This deepened his appreciation for traditional approaches to farming, using hand tools.  Michael also spent a season working at Tipi Land, another amazing Argenta market garden.
For the past two seasons, Michael has been farming on his own on land rented in Argenta and Johnson’s Landing, growing a mix of summer seasonal and winter storage vegetables.Last year he added acreage in Meadow Creek.
His market extends from the top end of Kootenay Lake down the west arm to Nelson, supplying residents through direct sales, as well as restaurants and grocers in both Kaslo and Nelson.  Last year, Earth Temple Gardens started the Kootenay Mountain Grown certification process.
When not on the farm, Michael enjoys spending time with his son Linden, sharing the fullness of mountain life in the Kootenay’s.
Michael’s interest in the health of our planet and its people led to a study of massage.  This  awakened his awareness of the depth of intelligence contained within the hand and its creative and expressive powers.